Since the beginning of humanity our innate curiosity has led us to be at the top of the food chain, the observations made about the surroundings were gathered and passed on, this information was later compiled and using the knowledge passed down new things were discovered.  This process is visible to this day where the education system put in place for students is in essence the observations made in the past and the teachers we have today are those who educate these students. On the 5th of October 1994 the first teacher’s day was proclaimed by UNESCO as a celebration of the massive step made for teachers on that day in 1966 when a special intergovernmental conference convened by UNESCO in Paris adopted the UNESCO/ILO recommendation concerning the status of teachers in cooperation with the ILO. This recommendation sets up rights and responsibilities for teachers as well as international standards for their initial preparation and further education, recruitment, employment, teaching and learning conditions. 5 October also celebrates the adoption of the UNESCO recommendation concerning higher-education teaching personnel by the UNESCO general conference in 1997. Giving the respect and appreciation that teachers deserve but unfortunately receive very little of is what we should strive to achieve on this day since the smallest gesture could make their day.

Aristotle the ancient Greek philosopher said that “those who educate children well are more to be honored than they who produce them; for these only gave them life, those the art of living well.” Which means that parents just make babies, and its teachers who turn them into people.

Although Aristotle was from the distant past and from a very different land, his sentiment still has a lot of truth.  An individual’s ability to perceive the world around them and properly react has a direct correlation to the education they have received, and so teachers pretty much have a huge influence towards it. 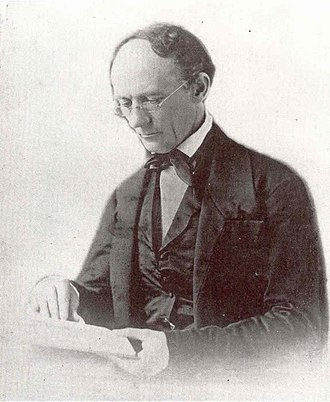 There have been some truly remarkable teachers in the past, a couple of worthy mentions being Anne Sullivan who was the teacher of Helen Keller. Sullivan was educated at the Perkins School for the Blind in Boston and was able to recover part of her eyesight by the time she traveled to Alabama to become Helen Keller’s governess. Not having her sight for the first part of her life gave her a unique understanding which is apparent in her method of teaching Keller on how to spell, Sullivan placed one hand on running water and spelled “w-a-t-e-r” on the palm of the other this gave her an understanding of the fact that objects had words attached to them making her able to express herself much better than the few primitive signs she was capable of before. Helen Keller was later sent to Perkins School under the recommendation of Sullivan who remained as Keller’s companion until her death in 1936. Hellen Keller would later become an incredibly successful writer, lecturer, and activist.

Another person who developed a widely accepted method of educating children on how to read is William McGuffey. He was born in 1800, being a very adept student, he was able to teach himself by the age of 14. While serving at country school houses in Ohio and Kentucky he realized that there is no standard method to teach students on how to read and in many cases the bible was the only book available, and so he began to attend college and by the age of 26 was appointed as the Professor of Languages at Miami. By 1835 through the intercession of his friend Hariet Beecher Stowe he was asked to write a series of readers for the publisher Truman and Smith. These more correctly known as ‘Eclectic Readers’ created a template for the textbooks that is still being followed today. A clear path is created with the reader beginning with the alphabet and phonetics along with simple sentences and later evolving to poems and stories. Although the readers have declined in popularity since the 19th century its impact to what we have today can clearly be seen especially when from 1836 to the present day an excess of 120 million copies of it has been sold. Looking back at the past shows us that Teachers are an irreplaceable asset when it comes to the progress of humanity as a whole, so take some time off on the 5th of October to show your appreciation to all the amazing teachers you are grateful for by wishing them. Happy Teacher’s Day to the incredible teachers out there.